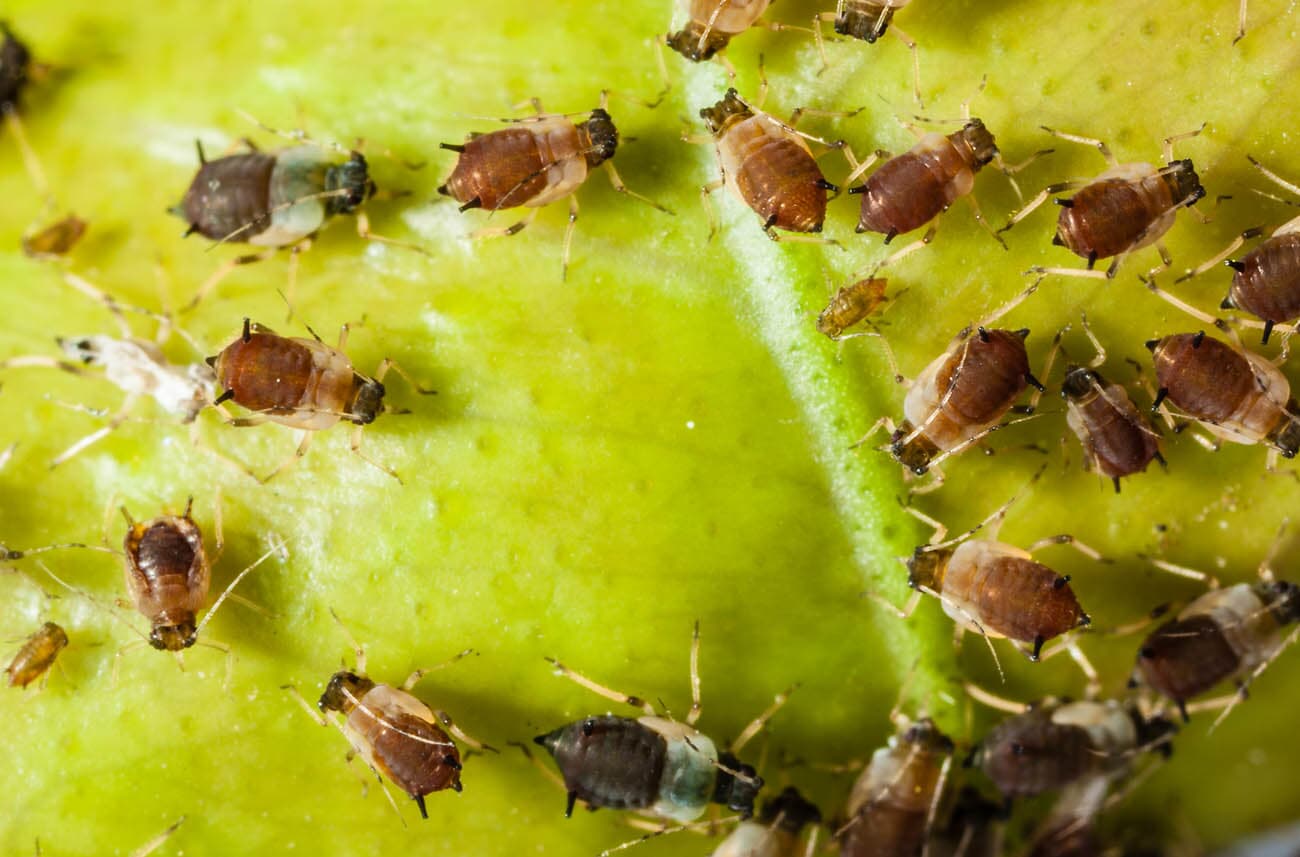 Among the countless types of pests that exist, there are some that are more persistent, dangerous, and more destructive than most. Some are very hostile towards humans; some are remarkably stealthy and slippery while others have the ability to lay a garden bare in weeks.

Today we will talk about the top 8 most destructive garden pests and how to keep them away, so without any further ado, let’s start from the top:

Flea beetles were named as such due to their tendency to hop around like actual fleas. What makes them particularly dangerous for any green environment is that they aren’t picky eaters. Flea beetles will eat everything from eggplants and potatoes, to tobacco and cabbage, broccoli, and turnips, but they can also wreak havoc among your fruit plants too.

Another reason why they’re so hated is that they are exceptionally tiny. Most gardeners aren’t even aware of an ongoing infestation before flea beetles grow in such numbers that they can cause serious damage in short periods of time.

Sprinkling talcum powder on plants can help in most cases. Flea beetles are persistent pests and may continue to plague your plants after a while. In this case, use sticky traps to reduce their numbers considerably. The combination of talcum powder and sticky traps should suffice for all but the most severe infestations, in which case heavy-duty organic insecticides are required.

Moles are arguably the most destructive and damaging pests, regardless of context. By digging tunnel networks, they not only damage and kill plants, but they also cause serious damage to your garden’s soil as well.

Although some would argue that the fact that moles prey on other garden pests and insects implies that they could be treated as ‘companion’ pests, they are just too dangerous to be left to their devices. After all, you can’t grow a healthy garden without controlling what happens right beneath it.

Moles may leave on their own if they happen to run out of food. In other words, if you’ve kept your garden free of other insect pests, in many cases moles would simply migrate to areas with more grubs, caterpillars, and worms.

If that fails, using mole repellants would help you clear them out and prevent them from returning while the repellant’s effects can last. Moles consider tidy gardens uninviting, so regular garden maintenance and checkups go a long way.

One of the biggest misconceptions is that termites won’t touch anything but wood and wood-made objects. Their main source of nutrition is cellulose, which Is abundantly available in plants, as well as grass.

Their razor-sharp teeth are capable of punching a hole in fruit trees, so it goes without saying that they can obliterate even the sturdiest of plants with ease.

The safest way to deal with termites is to hire a professional extermination service. Although they aren’t likely to attack humans, they may have caused severe damage to your garden’s fences, surrounding trees, or even your own home, rendering them unstable and prone to falling.

Fortunately, termites can be repelled in a number of ways, including using garlic, daisies, or scented geraniums. Oddly enough, they find catnip particularly repulsive too. If plant-based repellants don’t work, you can try using vinegar and orange oil solutions.

Although they’re called ‘Cabbage Moths’, these pests won’t discriminate between other vegetables and plants when it comes to finding sustenance.

They’re counted among highly destructive pests for several reasons, the first being their ability to rapidly reproduce, almost as fast as they can create nests on the leaves of your garden plants. Furthermore, they can contaminate your vegetables and fruits with droppings.

Swatting and handpicking will suffice for adults; power wash stronger plants to remove the eggs from their leaves. Use organic pesticides on weaker, damaged plants.

Grasshoppers are famously depicted in numerous movies ravaging dozens of farms and leaving entire cities in famine. In truth, the swarms of locusts are only commonplace in some regions of the world (mainly Asia), but their smaller brethren are still a force to be reckoned with.

Although grasshoppers will try to devour any plant your garden has to offer, they’ll also pluck it clean of insects and other pests. That’s why it’s important to use natural ways to deter them, such as spraying your plants with pepper and garlic. Neem oil works just as effectively.

While people usually don’t need more than a minute to locate a single stink bug indoors, detecting them in a garden environment is substantially harder. Not only do their small bodies appear even smaller in such a context, but they’re also known for using plant leaves as camouflage.

Stink bugs can harm fruit plants, but they’re absolutely dangerous for vegetable gardeners and farmers. One of the most effective solutions for removing them is a mixture of liquid soap, vinegar, and hot water. Neem and lavender oils work great as repellants.

Unlike house mice, field mice are accustomed to open spaces. They are also accustomed to being hunted and are far more evasive than an average house mouse. Once they infest a garden, field mice will make themselves at home under debris or in holes (if none exist, they will usually dig one).

Field, or in this case, garden mice can quickly level a garden if you don’t start hunting them in time. Mice can grow in numbers exponentially, as their breeding cycle is exceptionally fast. As a preventive measure, make sure that your garden is as tidy as it can be. This will help you notice mice quickly; after you’ve spotted one, use natural mice repellants such as dried mint and lavender to keep them away for good.

Among the tiniest insects, aphids are dangerous because they can kill plants almost as quickly as they can multiply. Furthermore, they tend to live underneath the leaves of a plant, which makes them very difficult to detect.

Check your plants regularly for small holes in their leaves. Aphids will eventually become visible as their numbers increase, which is when you can safely wash them with water. However, they will probably leave affected plants in a horribly weakened state.

Aphids won’t come near plants that have been sprayed with neem oil. If you want to naturally remove them from your plants, fix up a spray of dish soap and hot water, and spray the leaves.


We hope that this brief guide was useful to you and that you have learned something new on the most destructive garden pests and how to keep them away. Make sure you are staying safe in these times we are all going through and have a good one, guys!