How to charge solar lights without sun? 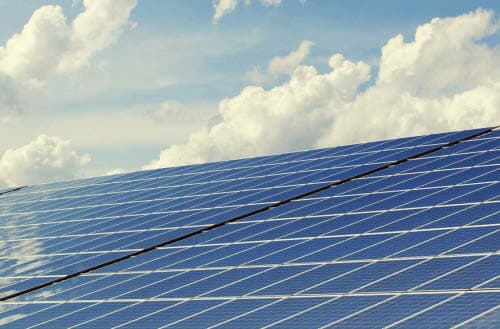 In today’s world being mindful of ecology is more and more important than ever. One of the ways this can be done is by choosing the power you use for your electrical needs. Most likely you are using your city’s power grid, but this may always be the case. If you’ve ever seen black plates on people’s rooftops, then you know they are harvesting the power of the sun! Solar power is one of the most potent energy sources we have and has allowed users to dramatically cut their power bills.

Well, that sounds just swell, does it not? Why doesn’t everyone then have solar panels on their houses? Well, apart from the sizeable costs of both the instruments and the installation, there’s one more big potential problem. The sun is not always out! What to do then? Well, worry not. Solar panels have taken this “fatal” design flaw into consideration, so there are workarounds. This article will list them and hopefully explain to you why you should consider switching to solar power. So, let’s get on it!

How do solar lights work?

Before we get into the specific cases of whether the sun is or is not out and what the performance is like on specific days with less sunlight than others, let’s try to delve into how solar lights work.

Even though the inner workings of solar panels may be complicated, the general workings can easily be understood by any layman. So, let’s get into it.

There are two layers in the panel. The first one that is on the top is exposed to sunlight and receives photons (energy particles), which are then sent into the battery. This also gives an indication of how the lights could be able to work even in weather with low to no direct sunlight. After being sent to the batteries, the electricity can be used at the owner’s leisure. Any solar lights, whether it be the panels or simple solar lanterns work in this way.

Can solar lights be charged without sunlight?

During the year and depending on where you live, there might not be a lot of days with predominantly direct sunlight. On an average day, you may expect both cloudy weather and sunny weather to be interchanging during the day. During a lot of the year, direct sunlight may be sparse or not even present at all. So, can your solar devices still be charged, even in those conditions? Well, in short – yes. This is good news. The bad news, and probably what you would expect, is that the panels will not be charged as well or as fast as they could be charging if the sunlight was direct. But, anything is better than nothing, right? There are a few possible situations where this can occur.

You might think that cloudy days are the opposite of sunny days, so solar power is not an option then. This is far from the truth, although if your area has a lot of cloudy days as opposed to sunny days, you might re-think your solar panel investment. However, if you still feel the number of sunny days is enough for you, then you shouldn’t overly worry about the cloudy days.

Even if you don’t feel the sun’s rays, your lights will be charging, albeit, as we previously suggested, at a lower rate. This is true for both cloudy days and when your panels are in shade. That said, putting panels in a shaded place for an extended period of time is a sign of poor planning and is obviously not recommended as you will be losing out on the cost efficiency – one of the biggest benefits of solar panel electricity. Some estimations put the efficiency of solar power at around 35-45% of what it could be if the panels are not being hit with direct sunlight, so keep that in mind.

Winter can be a doozy. It’s more common during winter days that you won’t see the sun at all, and the days are also a lot shorter. Remember that daylight on the shortest day of winter solstice only lasts for 8 hours, and this goes on for most of the winter. Therefore, having your panels working at around 40% of their efficiency can be daunting. If you notice other places where your panels would get more sunlight, be sure to move them if possible. The savings may not be insignificant, depending on where you’re located.

Also, during winter days, you should keep an eye on increased maintenance needs. While solar panels usually require little to no maintenance, during winter snow can accumulate on them and fewer photons can come through. You should also re-position your panels if possible to accommodate for sun movement during the day. Therefore, sadly there’s no real workaround. Before buying solar powered appliances, especially panels, be mindful of what the weather is like and what you can expect.

While solar panels are a matter of discussion and mathematical equations whether or not you should install them based on the amount of sunlight you regularly get, there are smaller sized units which can be solar powered yet require insignificant amounts of light – this means that by the end of the day, whether it’s cloudy or sunny, they will still get charged, it just depends on how long it will take them. However, there are some tips you can follow to avoid any failures in this plan.

Using all of the naturally given light

This one goes without saying, but let’s emphasize it again. If there’s any light available – USE IT. Smaller units especially should be charged regardless of weather since they do not require as much energy to work as bigger appliances would. It might just take a bit more time and the production will not be as good, but with smaller units, there’s a good chance you will not even notice the difference.

Have you ever been sitting somewhere – a classroom perhaps – bored out of your mind, and suddenly, out of nowhere, you got a beam of light blinding you? And then you look up, and one of your friends or classmates is laughing their behind off, as they used a mirror to reflect the beam into your eyes.

The same principle young kids use to do a practical joke on their friends applies to this as well – in a pinch you can use mirrors to redirect sunlight into your panels! While it would be a whole lot more efficient to plan the panel placement properly and not need this at all, sometimes you can’t help it and you need a workaround.

However, for this, you need to plan as well

Well. You’d never expect it, but… You can use non-green power to power your green power. And it makes sense when you give it some thought.

Of course, this does not work for the bigger units, but smaller units, such as solar lanterns, can be charged near light bulbs since they also produce photons that can be absorbed for later use.

As far as artificial lighting is concerned, you basically have two options which are common in any household – and both incandescent light bulbs and LED lights will work fine, but once again – expect longer charge times than in direct sunlight and the stronger the bulb is, the faster the charging time. You will mostly use this when there’s no other option, for example when you need to charge your solar powered flashlights or something similar, so it’s fine to do it once in a blue moon.

However, you might still want to be aware of what you’re doing – incandescent bulbs use electrical power to produce both light and heat – the light produced is lesser than what is used since some energy is transformed into heat as well. Then if you use that light to produce electricity to power your solar lights, you can see how a lot of energy actually gets wasted and not used.

Luckily, there is another option…

Thankfully, if you’re buying quality solar lights, the manufacturers have probably thought of the problems with sunlight that can occur and gave the customers another option via the form of USB charging or even cables for wall plugs. This might cost a bit more, though, so keep it in mind when deciding for one option or another.

For those who actively care about the environment or simply want a cost-efficient power option for their homes, solar panels are increasingly becoming a more and more obvious choice. They are becoming more and more advanced and savings are bigger than ever before. However, they aren’t without their drawbacks and may not be suited to everyone.

This mostly goes for the fact that some parts of the world are blessed with more sunlight than others. However, as this article has shown, the sheer of sunlight amount may not be the death sentence for your plans if you’re thinking of buying solar panels and going green. While it’s the most obvious factor to keep in mind when buying, it is good to know that any solar powered devices will still charge even in cloudy weather, as the sun’s rays are still coming through, just not as strongly as they will when it’s sunny.

The same goes for winter months when there’s less sunlight hours-wise and clouds are more prevalent, but if you keep your panels free of dust and snow, you’ll get your share of solar-powered electricity. Just keep in mind that the amounts will vary and you can expect around 40% efficiency, so maximizing the sunlight gathered by moving the panels or tilting them, or even using mirrors to reflect the sunlight may actually garner some significant savings in the long term.

As for the smaller units, such as solar powered flashlights, solar lanterns, or such, there are even more options to keep them operational. You can use internal, available electricity such as incandescent bulbs or LED lights to charge them, albeit more slowly than you would otherwise. As with bigger units such as solar panels, don’t be afraid to leave them to charge when there’s little to no sun outside, as they will be able to power up regardless and you will not have to be bothered with having bulbs or other lights dangling and pointed at the photocells of the solar powered devices.

This, however, brings more questions than it solves – solar powered appliances pride themselves on their efficiency and environmental cleanliness – so should you be wasting so much energy by transforming it multiple times to power something whose principles go against this very thing? In the end, it’s very much up to you.

You can avoid some of these things by buying solar-powered appliances that provide additional powering points by USB or even wall plugs. These can be more expensive than their exclusively solar powered counterparts so be wary.

In the end, we firmly believe that owners of solar powered devices can be very happy that even if there’s no sunlight, they will still be able to power their favorite devices. Even if there are some drawbacks to this technology, we’re sure that the pros outweigh the cons and can only hope that solar power will eventually be making its way to more and more households and who knows, maybe one day we will be completely non-dependent on those fuels that are not considered to be clean.