How big is the average backyard? 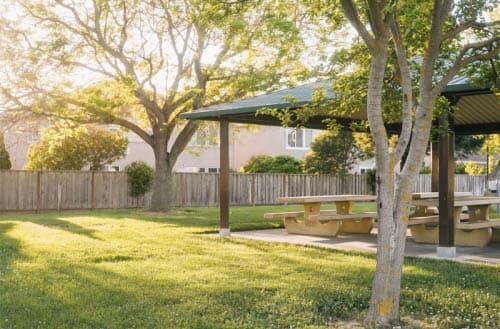 We all know that size does not matter... But is there any person who would not want to have a bigger yard than they currently do? It depends on your preferences, to be honest. Some people prefer flats instead of suburban homes because they can forgo having to mow the lawn and taking general care of the yard.

Others, however, like this part of owning a yard and utilize it to its full potential – they build a shed, grow trees and other plants, do gardening, etc. People are different and have different interests.

Whatever the case, the size of an average yard has changed in the past years. This article aims to tell you why this is the case.

When measuring your lot size, you have to take into account the fact that your house will take up some of that yard. The bigger the house, the smaller the remaining yard will be. We already said that the lot sizes have been steadily decreasing in size, which is understandable considering that people have moved away from the agrarian style of living and do not require as much space along with more and more people owning more and more land. Interestingly enough, house sizes did the exact opposite – even though fewer people are living in one house than before, they have increased in size. If you think about it, this also makes quite a bit of sense since people now have guest rooms, workrooms, more than one bathroom, etc. What was once considered a luxury is now commonplace.

This is also dependant on where you live, both relative to the state and the region you live in. Even the bigger houses will take up a relatively small space of a huge yard in Maine whereas a big house may leave space only for a little porch and maybe a small backyard in Washington.

Besides Maine and previously named Vermont and Montana, New Hampshire, Mississippi, and Louisiana are the states with the largest plots relative to the size of the house.

What affects the size of the backyard?

Whether it is zoning laws, cost of lot per square foot, or even the size of the house, there are a lot of factors to consider when asking yourself the question of lot size. The size of the home is what is going to be the most important to people. Utah and Colorado top the charts of the average size of a home in the state, with Wyoming and Montana close behind. Interestingly, all of these are above the pricing an average home would get in the US which is around $200 000. Based on the backyard size, both Utah and Colorado are in the bottom ten, which means that some people value house size more than backyard size – which is what we were talking about at the very start of this article.

People who do love having a yard have plenty of options on how to best utilize it. Some people love having barbecues outside, hosting their family, and friends. Others will use both the front yard and the back yard to show off their gardening skills and make their home the envy of the neighborhood.

It is always nice to have a place where your children or grandchildren can play, and you would have peace of mind by knowing exactly where they are. Some people would disagree – they would rather have this backyard be their place of peace, where they can relax and read their book in the shade of the trees, far from the screaming of children. It all depends on the person’s interests.

This means that people will want to decorate their yards however they see fit. While you may think that a bigger yard may mean more place for different features, sometimes the old adage “less is more” is true in this regard.

The American Society of Landscape Architects did a study where they found that homeowners mostly wish their yards filled with plants – whether it is native plants or plants that are simply tolerant of negligence and environmental factors – the greenery seems like a safe choice.

Fire pits have also become an increasingly popular choice, as they are excellent for quick cookouts with your friends.

On the other hand, some people will go for a completely minimalist approach – whether it is the unwillingness to have a lot of time spent on maintenance or a simple “I don’t care” attitude, everyone’s backyard is different and can give insight into the person themselves.

As you can see, each backyard is different. Whether it is the size of the yard, the size of the house, or the features that can be found, it is hard to say that you would be able to find two yards that are the same in the same neighborhood, let alone across the country where the sizes are in particular discord.

Be as it may, the facts are clear – there are some states which have enormous lots and some whose lots are on the smaller size. If you are looking to move, be sure to know where your priorities lie and pick accordingly.