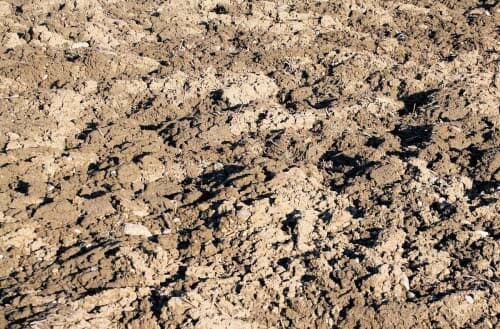 If you are an entrepreneurial gardener, eager to start growing your own plants, then you should be prepared to learn a couple of the keywords that are integral to understanding the complexities of the garden itself. Gardening can be a rewarding hobby and even a source of income, but it requires a decent amount of work for progress to actually show.

This article will outline the differences between compost and topsoil. We already wrote a lot about compost and mulch, but topsoil is quite different while serving a similar purpose. All of these soil types are necessary for the protection and/or nourishment of potential plants, but every gardener should know the differences between them to be able to choose for himself whether they should use one, two, or even all three of these soil types.

When you hear the word “topsoil”, you might quickly conclude that it is the upper part of the soil, “the one that is on top”. And it’s true, but you should still differentiate it from the surface itself. Topsoil is the first layer where nutrients start, and where most of the plants actually lay their roots. This means that topsoil has to be rich in nutrients to allow for and facilitate healthy growth. Inside of topsoil found in intact nature, it is quite common to find plenty of micro-organisms which, by the rules of “the circle of life”, contribute plentily to how rich with nutrients the soil itself is.

We described the “intact” nature topsoil since in today’s world where a lot of ground is walked upon or even used for construction, it is hard to expect any nutritional value in the topsoil, exactly because there are no micro-organisms in the ground itself. No food equals very low nutritional worth.

Not only this but as you are probably already aware, there are different types of soil and consequently topsoil itself. You would not expect to grow plants as well in a sandy area as you would in a nice loamy soil.

The main types of topsoil are:

sandy topsoil – used for drainage. It does not retain water, which is not suitable for plants

clay topsoil – rich in nutrients but drains poorly. Retention of water may lead to rotting.

It is hard to find topsoil which is exclusively clay or exclusively silt – most of them are a combination of all three – but gardeners should be aware of how big the concentration of each should be – it is stated that ideally, you should strive for less than 30% clay, less than 70% sand and less than 70% silt. But it is also possible to follow the rule of hand that incorporates the above-stated features of each soil type – if you need drainage, add sand. If you need retention, add clay. If in need of nutrients, add silt for a loamier mixture, which is highly regarded as the perfect mixture of all three types of soil.

Also, it is important to note that the pH level of the soil may differ depending on where you live. Since different plants need different acidity levels, be sure to check this beforehand to maximize effectiveness.

Now that we described what topsoil is, let’s describe its usage.

Topsoil has many uses. One of the main ones is to build up the height of soil itself to a desired level. Imagine that you have moved into a new house with a huge front yard, but it is filled with small holes which will make it a pain to mow. What you want to do is take topsoil and level it out with it. This technique can be used whenever you need to level an area since topsoil will eventually settle with the rest of the soil. The same can be used to raise flowerbeds.

The other very important use of topsoil is to improve poor quality soil. This is done by the gradual replacement of the original topsoil with the new one. The nutrients from the fresh layer should be absorbed into the root system, which will improve the already existing soil.

Be prepared for weeds. When buying or simply taking topsoil from a place, it is hard to expect that it will be completely clean of weeds or unwanted plant seeds. Most topsoils of higher quality are sifted for debris, rocks, and unwanted seedlings, but if you are buying cheap, weeds will be a reality you will have to face.

Depending on your needs – and especially in gardening, topsoil is not the greatest on its own. There simply are not enough nutrients in it to facilitate bountiful growth on its own. This is especially true when growing plants in pots, since there’s limited space and resources, and it is perhaps wiser to use something with more nutrients. Did someone mention compost?

Repetition is the mother of all learning. We already mentioned this in some of our other articles, but it would not be amiss to try to define what compost is and what the pros and cons of using it are.

Compost is a mixture of decaying soil made naturally. It can consist of a lot of things – but commonly there is the brown compost – made from brown material such as dry sticks or straw. These decay quite slowly and are mostly responsible for the carbon in the compost mixture. There’s also green compost – and it’s made from basically anything else – rotting vegetables, fruits, grass clippings – everything goes. It decays quickly and gives nutrients to the mixture.

Since it is such a nutritious soil mixture, compost also has many uses, including but not limited to mulch, improvement of soil texture and nutrients, and even as a fertilizer in both solid and liquid form.

Mulch is also a type of soil which put on the upper part of the soil and is used to protect the soil underneath as well as the plant itself. There are different materials that can be used as mulch and compost is one of them, as it will both protect the soil and enrich it at the same time.

What compost is most used for is the improvement of the soil itself. Compost itself cannot really be used to consistently grow plants since it lacks the texture needed for the plants to take root. By using compost as a supplement, you can achieve a perfect mix and provide the plants with a stable but nutritious base to grow on.

When talking about compost as a liquid fertilizer, we are referring to what is called “compost tea”. It is simply water that had composted materials in it. During this “soaking” period, some of the nutritious materials are transferred to the liquid, and it can be used to both refresh and feed your plants at the same time.

Some of the disadvantages that compost brings is the time necessary for the process to complete – regarding both the time needed to produce enough compost to put it on the soil and the time needed for the compost itself to take effect when in the soil.

When we discussed potting plants, we said that topsoil does not excel in this job since there are not enough nutrients for this process. Compost, on the other hand, when used indirectly (in special mixtures) is basically ideal for this process. Your plants can use the nutrients during the parts of the season which are not normally known for plant growth facilitation.

So, which should you choose in the end? Compost or topsoil?

In our opinion, this is the wrong question to ask. A gardener should definitely use both compost and topsoil when starting out. Topsoil can be used to make the “foundations” of what you want to do in your garden – whether it is simply for the physical separation of your new plant beds or raising the level of the soil itself – topsoil will do the job. It is by far the best soil type to use when needing to work on the soil itself. Decent, quality topsoil will also be sifted from any debris so it may help you to reduce the already significant workload awaiting you in your garden. Just be sure to use the correct mixtures and pH levels depending on the already existing soil and plants you’re growing.

Compost, on the other hand, is perfect to amplify how well your plants are growing, whether by introducing it directly into the soil, using it as mulch, or even as a fertilizer. Compost can also be used in potting mixtures to allow for ‘round-the-year growth.

Basically, it all depends on your needs. If you need to fix your front lawn, then use topsoil as compost is better utilized in plant growth – use compost when your soil seems a bit dry and your plants do not seem healthy enough.

If you are serious about gardening, you will probably, at some point, use both. That’s why it is important to know the differences between compost and topsoil and about their respective usages.