Can I shoot birds in my backyard? 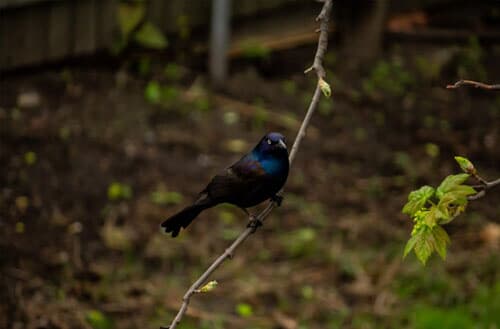 Although they are small, birds can do a lot of damage in our backyard. A single one is not a problem, but they usually come in masses and cause many troubles for you such as creating holes in your house. If you experience something like that, you may wonder ''can I shoot these birds in my backyard''? Maybe you are hunter, in that case some birds will be welcomed in your yard. Anyway, the short answer is that shooting birds depend on law and it's not that simple. We will give you some tips in the following chapters.

Up until 1918 shooting birds was completely allowed. They were hunted mostly for food but also for feathers in the fashion industry. Some of them are almost extinct. Help arrived with the Migratory Bird Treaty Act between the United States and Canada. This deal made it illegal to harm or kill birds including feathers and nests. Mexico, Japan, and Russia were amongst other countries that joined. But this act includes only some species, native. Native means at least three birds that don't have the protection of the law. So birds like sparrows, pigeon, and mute swans were not included in this act.

The law is very specific about what can you do. You can shoot birds that are not covered by the act and remove the nests that aren't in use. If you have a case where birds destroy your garden and making holes in your house, you do have legal recourse. You must apply for a permit and it will cost you. This info about bird pests includes all birds except eagles. Hunt or kill bald or golden eagle and you will be fined with $250,000 and some prison time even.

If you want to shoot birds for food on your table it comes to your local DNR. You need to call them and explain the whole situation and ask for a permit. Laws and regulations are here to keep the animals healthy. You may find some limitations when it comes to shooting such as shooting at only certain parts of the day. In the end, hunting is necessary is some cases prevent mass starvation. The same concept is used on other game animals like deers. The laws are different in each state. But, to be legal when it comes to hunting and shooting you will need permit or hunting license, and gun license. Some states have additional regulations about the firearm you can use but as we said you will need to check that with your DNR.

This is very important, you need to be sure and know what are you aiming for. That is the greatest concern because there are so many species that can be found in your backyard. House sparrows, for example, have a black spot on their chest and that makes them easier to recognize. It's most likely that sparrows will visit you. Mute swans are much harder to notice since they are very similar to other protected species, so be 100% sure before you pull the trigger.